Since my first ever role was as Teddy Bear #3 in my elementary school production of The Nutcracker at the age of seven, I have been performing on stage . The roles improved over the years however, and by the time I was ten, I took on the supporting role of Wicked Witch of the East in our production of The Wizard of Oz – I was the only one who could do a good cackle. In my teens I performed in such shows as Kiss Me Kate, …

In those early years I had been selected to enter into a new program called Gifted and Talented Education (GATE) & Magnet because I guess they figured I was one or the other or both. It was a limited program that didn’t last long but, it was better than nothing at the time.

As an onscreen actor, I’ve appeared in dozens of films like Hannibal Rising, Hellboy and Tristan and Isolde, television productions such as BBCs Dr. Who and Undercover and commercials for clients like Halls, Toshiba, GHD, Netjets, Theraflu, and many, many more.

On stage I have played roles in The Tempest, Glenngarry Glenn Ross, The Pirates of Penzance, Macbeth, Wenceslas Square and others. I’ve have been based over the years in Los Angeles, Prague and London respectively and has a range from comedy to military to romantic lead.

I still keep myself in the game and love the craft, the environment, self-discovery and camradarie that comes with being an actor. I will always be up to put on a show or take on a good role, so I will never retire from acting, although these days, it is not my primary focus.

A complete profile of credits can be found on IMD

Check out my professional video “showreel” for highlights of my best and most recent work. This is the equivelent of the actors calling card, so showreels are quick and limited in scope. If you want to see more of my work in full for fun or for casting consideration, please head on over to my custom YouTube channel. 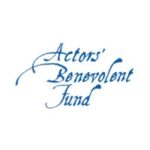 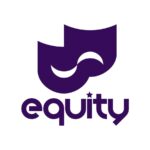