grew up in Oceanside California on one of the best surfing beaches in the world. He moved to Los Angeles when he was 18 to attend Loyola Marymount University where he earned a bachelor’s degree in Theatre Arts (directing). LA is where a lot of his formative personal and professional experiences started but somehow even a city of 18 million people quickly became insufficiently interesting so, eventually, he decided to move on. Modeling is what initially took him to Europe and kindled his interest in travel.
Todd started to pursue a master’s in creative non-fiction writing. He journeyed back to Europe and began writing about his travels. He ended up living in Prague and shortly after, began working again in his first love, the theatre.

In California, Todd had been a bartender, commercial fisherman, school teacher, dog trainer, children’s party entertainer, limousine driver, model, waiter, student and occasionally, an actor. Prague however, was easier somehow. The film industry was at its peak in those days. Many foreign production companies came and took advantage of some of the finest film production crews and facilities in the world (and all at Eastern European prices). Life in Europe represented a simpler approach to the entertainment industry and a better quality of life compared to what “Hollywood” had on offer. In Europe a person could work and live freely without the pressure and heaviness of life in America (which is an admittedly very un-American thing to say).

So, Todd stayed in Prague for a while. Long enough to learn Czech (which is a long time). He appeared scores of times on stage and screen, and in print and voice. Every job was engaging, every experience alluring, and it was in Prague that Todd honed his acting craft by taking on a variety of roles in a variety of productions. Today Toddcan claim himself to be a teacher, coach, cameraman, producer, manager, proofreader, journalist, best selling author , and even – most often – an actor.

Now, Todd finds himself in London, long enough to become a British citizen (which is a long time) and this is where he will stay. This website offers a glimpse into Todd Kramer’s years of professional work and his personal odysseys. Feel free to have a look  around. FILM | TELEVISION | THEATRE | COMMERCIALS | CORPORATE
As an onscreen actor, Todd has appeared in dozens of films like Hannibal Rising, Hellboy and Tristan and Isolde, television productions such as BBCs Dr. Who and Undercover and commercials for clients like Halls, Toshiba, GHD, Netjets, Theraflu, and many more.

On stage Todd has played roles in The Tempest, Glenngarry Glenn Ross, The Pirates of Penzance, Macbeth, Wenceslas Square and many others. He has worked and been based in Los Angeles, Prague and London and has a range from comedy to military to romantic lead.

A complete profile of credits can be found on IMDB and/or click below to open a printable PDF of Todd’s entire acting resume.

Todd Kramer’s has been a professional VO artist for over 15 years. Here you can view clips of some of his best work as well as listen to his voice over reels. Todd’s extensive voice over work includes commercials for Grant’s Whisky, Kodak, Vodafone, Skoda, Fage Yoghurt, Red Bull and more.

Todd has done corporate narrative jobs for Bacardi, Adidas and The National Geographic Channel and he has also voiced numerous characters for video games including Tom Clancey’s Wildlands – Ghost Recon, Xenoblade Chronicles 2 and Arma II as well as characters for BBC radio plays.

Since the age of 18 when Todd was voted to be master of ceremonies for his high school, Todd has been host to a series of live events. He started at pep-rallies, grand-openings, fashion and talent shows, launch parties, comedy showcases and more. He has given many public talks and speeches and in video, he has presented for everything from cooking shows to book reviews, services, company policies and more.

Here is a showreel sample of Todd’s hosting, presenting and moderating styles and abilities for your consideration.

Todd has excelled at writing every since he won his first writing award at the age of seven for his seminal piece, “My Pet Guienea Pig” which to the blue ribbon that year.

Todd Kramer has put his hand to many genres and styles and has written everything from business plans to scripts and television treatments to copywriting, editorial journalism, travel articles, tech manuals and marketing/commercial campaigns. He’s even got a couple of recorded songs to his credit.
Todd has just completed his first children’s book which is currently being illustrated and he recently made Amazon’s Best Seller’s book list with the recently published Transforming Your Life III. Todd Kramer holds a Masters Degree in Creative Writing from Antioch University

“I found Todd to be very reliable and always performed to deadlines and I appreciated his creativity while translating our ‘Czenglish’ texts into proper English. Most of the documentation used vocabulary specific to the field of analytical chemistry which Todd, though not a chemical scientist himself, adapted to and learned very quickly.” Petr Kohutek

Acting coach, instructor and director for nearly two decades. Todd has directed theatre, taught performance to children and and adults. He offers advice, provides coaching in a variety of acting techniques and designs course for both actors and non-actors alike to assist with everything from casting and public-speaking preparation to dealing with stage-fright and offering acting training as a means of team-building and improving social and work environments.  Todd is a permanent tutor at The Actor’s Centre in London and also works as a freelance performance coach.

There’s no ‘I’ in Improvisation

A very fun, often funny and fully interactive introduction to improvisational acting, where the focus is on developing the group mind and cooperative, ensemble thinking. In other words, why “working together” is essential to good performance… and in life!

This is a course built around a personalized technique. Perfect for keeping the performance tool sharp, these ongoing or drop-in”acting workouts” are designed to be faced paced, fun, and energizing. Consider this an actor’s workout session.

What to Expect on the Set

This course takes actors through all the ins and outs of working on a professional film/television set, stage or studio. Acting schools train actors to perform but few new actors are prepared to come onto a real working production with an experienced crew… until now.

“Thanks for your course at the Actors Centre yesterday. I thought it was great and very informative and what I think made the session so good was your delivery which was full of enthusiasm whilst making a connection with all of us. I note that you have a great voice which was energised all the time…” Silas Morrison 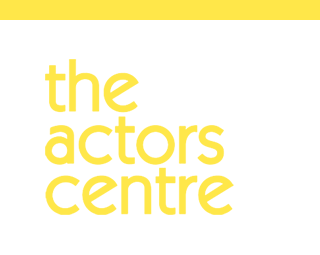 “I’ve just come back from Rome, what an amazing experience! I was in a scene with Mark Wahlberg and Michelle Williams and my lines were directed to her. Ridley Scott was super nice and put us actors at ease… Looking backwards to your workshop, I have to say that it definitely helped me. I was aware of everything that was happening on set, who was who and what their job was. Although I was very nervous, I felt confident on set and relaxed take after take. Your workshop was interesting and straight to the point. You are an engaging talker and your stories are never boring and stick in your head. Your tips, very valuable.” Alex Marchi

“I just wanted to thank you for putting on the ‘What to expect on the set’ workshop. I found it very insightful and it has cleared up a lot of questions I had about being on set. The handout is really helpful to glance back on and read through again and again. Also I really enjoyed meeting you and hearing your anecdotes; after all, you learn by doing it and listening to those gave me a little insight into the experience. So thank you.” Corrina Jane

Todd is a connector of people and has grown to understand and recognize the benefits of building relationships that foster care and concern. Todd has tried (and sometimes failed) various endevours and along the way he has learned a great deal about what people need to feel happy. His passion is in disseminatating his method for this kind of connection. Combining years of study in connection and life experience with his performance training all cuminae into a training that can be used to bring unity and connection to every environment and all of that translates into his coaching work.

This transformational coaching comes in the form of a method called “The Middle Line” developed as a means to connect people and overcome all differences. Todd has been studying for over a decade towards the development of this method and it is his mission to bring a means of unifiying all people together under a common recognition of the immediate necesity to come into care and concern for each other. The answers we seek must come from a place of balance. No more extremes from right or wrong, pro or con but rather, we must connect together on the middle line. For more information regarding this method, coaching services and other details please visit www.themiddleline.com.